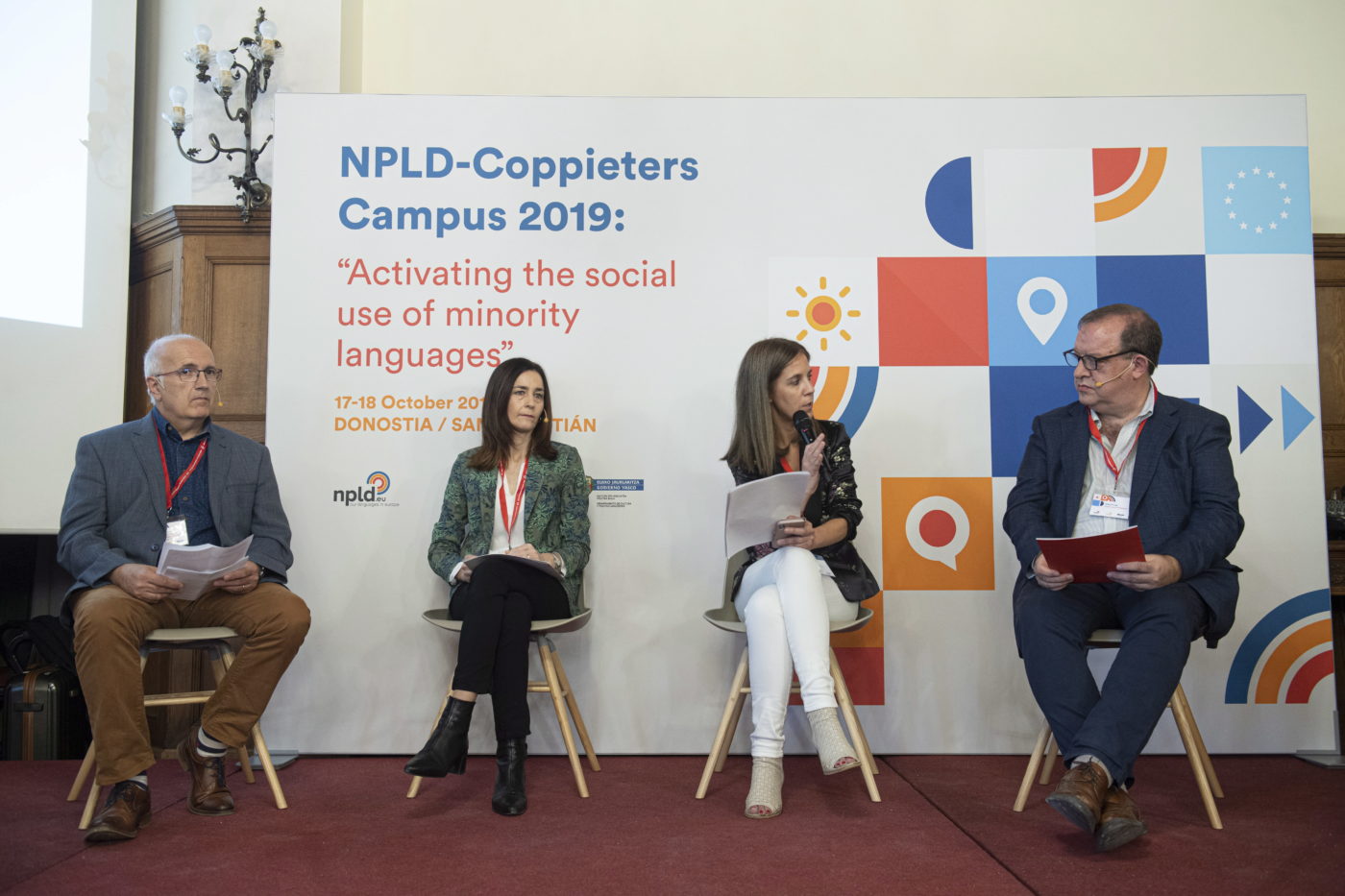 Eighty experts in policy planning from regional governments, NGOs and universities from all over Europe took part in the 2nd edition of the NPLD-Coppieters Campus held on 17 and 18 October in Donostia/San Sebastian.

During two days, best practices in the field of language promotion of Regional and Minority Languages were analysed by project developers from the Basque Country, Catalonia and Wales. The programme of the Campus was divided in three main parts:

Full programme of the Campus is available here.

The second edition of the NPLD-Coppieters Campus was co-organised by Coppieters Foundation, the Government of the Basque Country and NPLD, in collaboration with the Province of Fryslân.

See the video-summary of the Campus here.

Short interviews with some of the speakers of Campus can be found here:

This is my language!
RML and digital technologies, education and migration