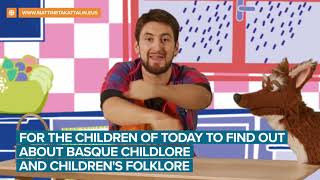 The 21 February was declared to be International Mother Language Day by the General Conference of the United Nations Educational, Scientific and Cultural Organization (UNESCO) in November 1999. The UN General Assembly welcomed the proclamation of the day in its resolution of 2002.

The NPLD wants to join in the celebration of such a remarkable day “to promote the preservation and protection of all languages used by peoples of the world” as adopted by the UN General Assembly.

For this year 2021, the NPLD launches a short video with a compilation of oral cultural expressions manifested in our languages.

Oral traditions and expressions are used to pass on languages, knowledge, cultural and social values from one generation to another. They encompass an enormous variety of spoken forms: riddles, tales, nursery rhymes, songs, poems, chants, legends, and more, and therefore, play a crucial part in keeping languages alive.

Check out all the NPLD videos on our Youtube Channel here.

Position statement on the EC’s response to the EP resolution on the ECI “Minority Safepack”
Webinar: “Immersion education model in bilingual communities”