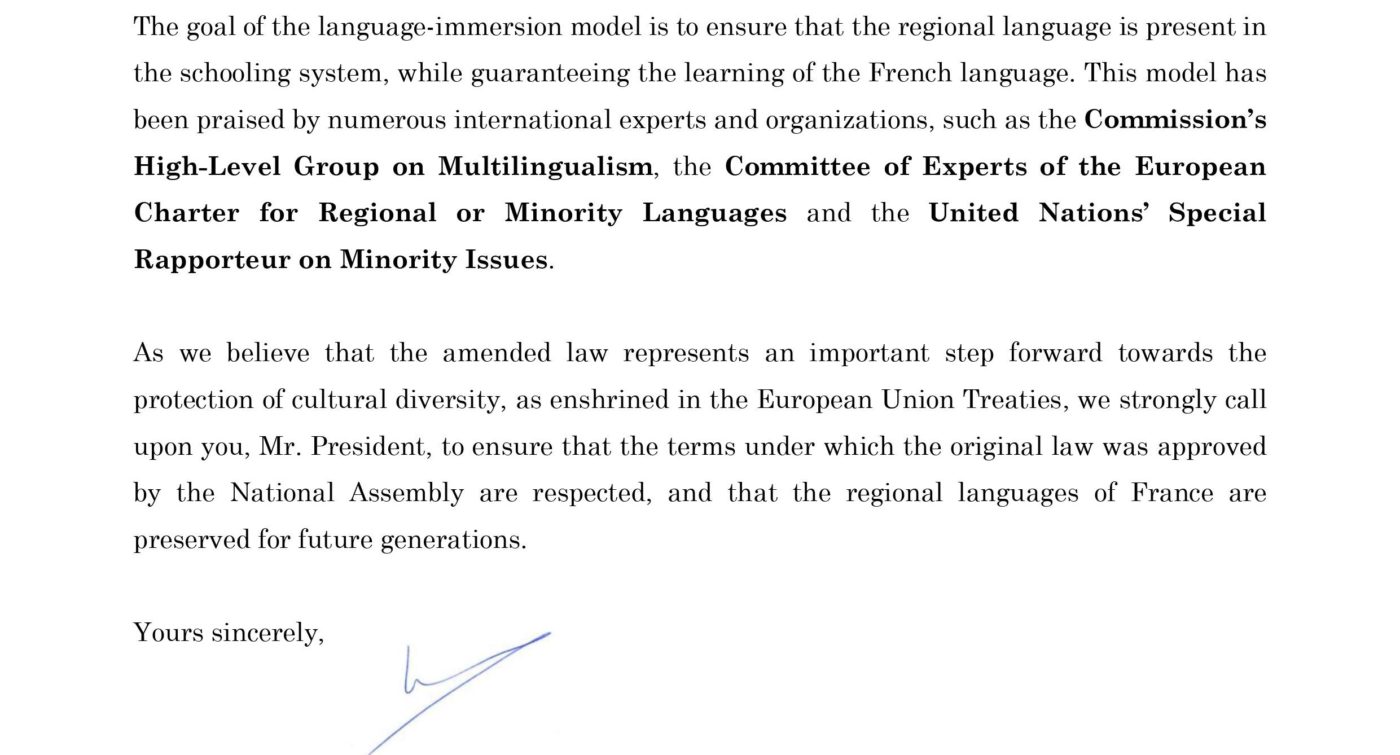 On 20 May 2021, France’s Constitutional Council declared unconstitutional the use of non-French diacritic marks and the language immersive system prospected for private and public schools, by applying a restrictive and narrow interpretation of Article 2 of the French Constitution.

This decision has greatly undermined the essence of the law relative to the protection of regional languages and their promotion, the so-called “Molac Bill”, named after MP Paul Molac from Brittany, adopted by a large majority in the National Assembly on 8 April 2021.

In view of this situation, the NPLD Chair, Agustina Vilaret, has addressed a letter to the President of the Republic, Emmanuel Macron, to call upon him “to ensure that the terms under which the original law was approved by the National Assembly are respected, and that the regional languages of France are preserved for future generations”.