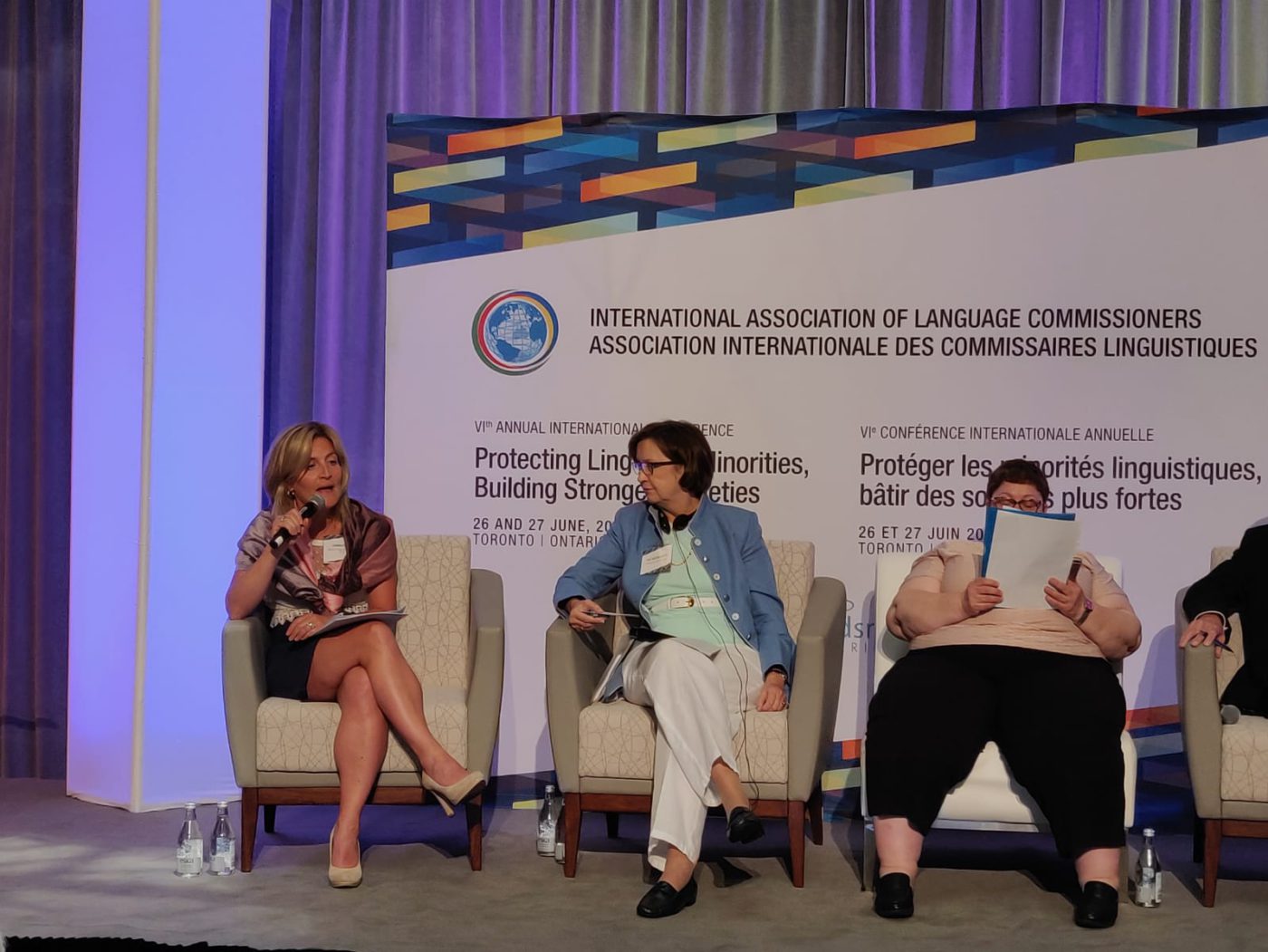 The International Association of Language Commissioners (IALC) assists the language commissioner’s role throughout the world by promoting best practices and standards of excellence and by advancing language equality and diversity. This year’s title was Protecting Linguistic Minorities, Building Stronger Societies: The Language Commissioner Model of Human Rights Protection.

In the frame of the panel “Setting European Standards for Minority Language Protection: Successes, Challenges, and Best Practices”, Vice Chair Sabrina Rasom talked about the importance of the European Roadmap for Linguistic Diversity launched by the NPLD in 2015 to establish a new approach on languages as part of the European Agenda 2020, based on 4 main lines: the legal status of the language, language skills as an economic, educational and cultural driver, ICT at the service of language learning, support for the most vulnerable languages of Europe. She also mentioned the new NPLD Position Paper recently approved by the General Assembly of the NPLD with 10 recommendations addressed to the European institutions.

In her presentation, Vice Chair Sabrina Rasom outlined the importance of cooperating with other institutions -such as the Council of Europe- in order to achieve the highest level of compliance with the European Charter for Regional or Minority Languages of those countries that had signed and ratified it as well as to encourage its ratification by the European States that had not done it yet.

Agustina Vilaret González, representative of the Government of the Balearic Islands, new Chair of the NPLD

The representative of the Friulian speaking community, William Cisilino, is the new Vice Chair of the Network

Webinar: “Learning and teaching languages during a pandemic”

The cases of Welsh, Scottish Gaelic and Basque languages are presented as examples of how the pandemic is affecting the learning and the use of minority languages