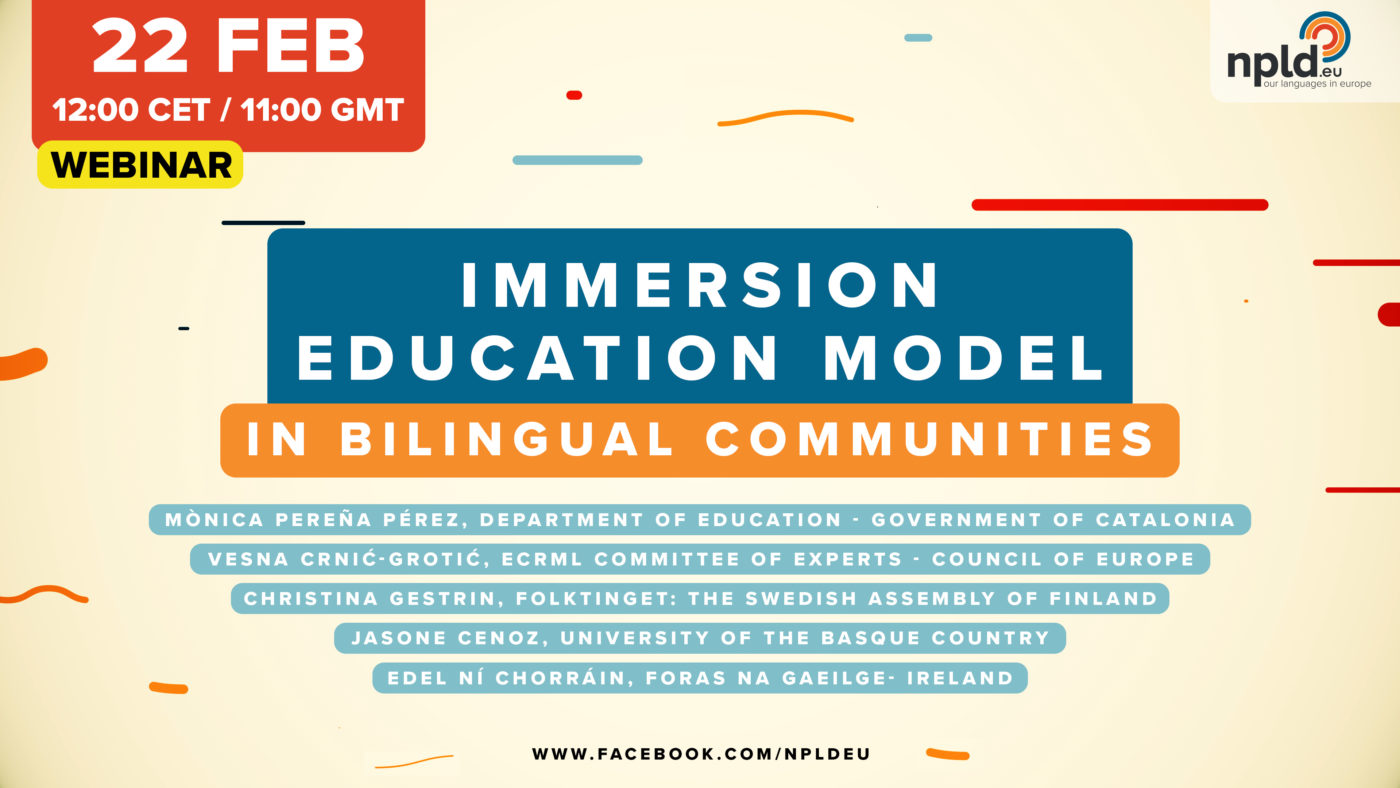 Immersion education is a pedagogical model in which students receive their subject-matter instruction through the medium of a target language. In bilingual communities where a dominant state language coexists with territorial, indigenous, small-state, or unique minority or regional languages, the target language may belong to the second group, with the aim of guaranteeing that their speakers will continue to learn and use their language and transmit it to the next generation.

In this webinar, professor Jasone Cenoz will draw an overall view of the immersion education models that exist worldwide. Furthermore, the Chair of the Committee of Expert of the European Charter for Regional or Minority Languages (ECRML), Vesna Crnić-Grotić will speak on the position of the Committee of Experts (COMEX) of the Council of Europe about the immersion education model through the “regional or minority language” in bilingual communities.

Immersion language programs can have multiple incarnations; there is no one program that fits all sites and circumstances. Mònica Pereña, Edel Ní Chorráin and Christina Gestrin will share with the audience the results of implementing this model in 3 territories with a totally different reality: Catalonia, Ireland, and Finland.

Presentation of the two NPLD-granted reports on EU and RMLs