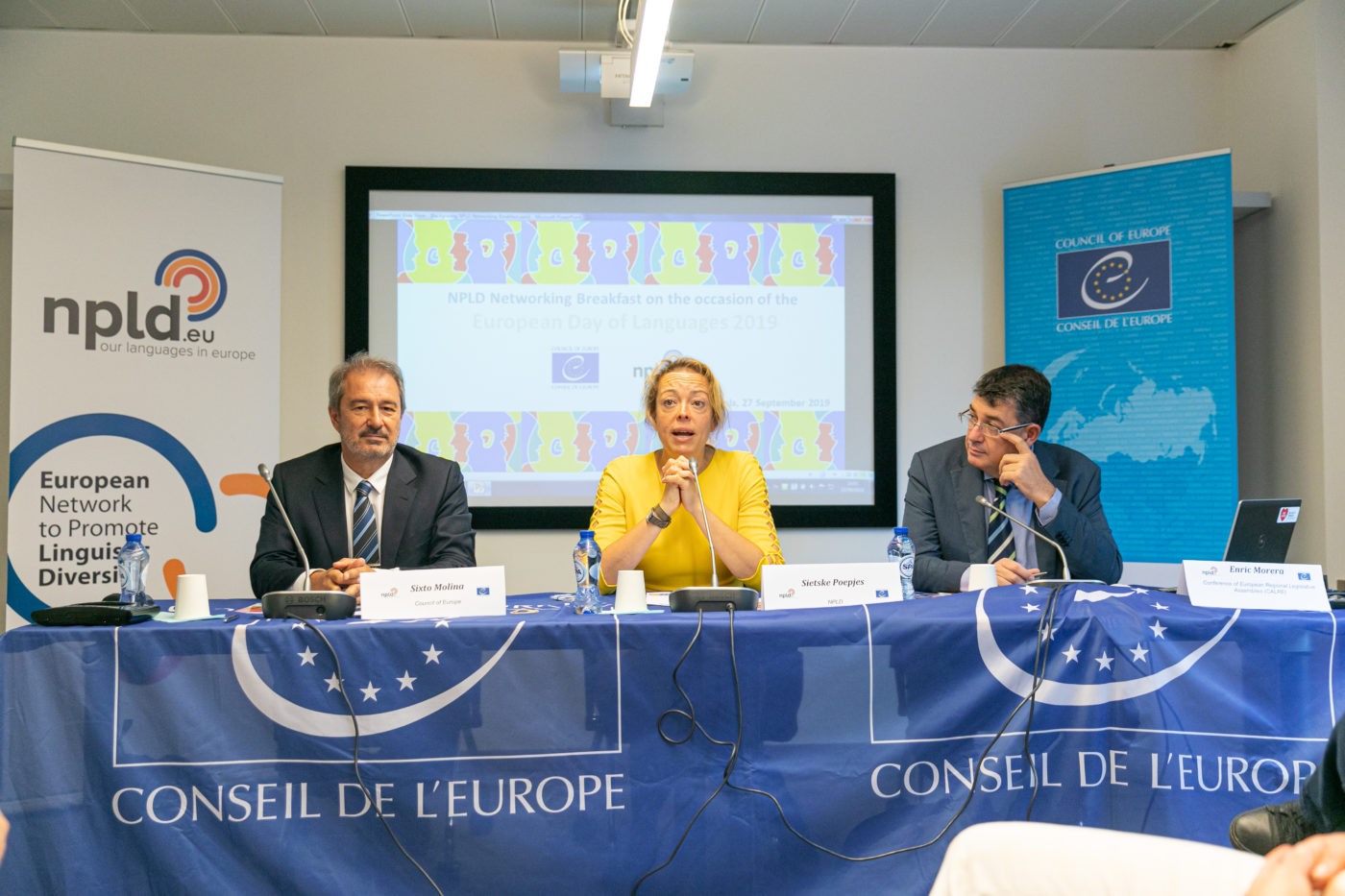 Thirty representatives of European institutions, state and regional governments gathered on 27 September at the Council of Europe Liaison office to the European Union in Brussels.

The meeting was conceived as a Networking breakfast, organised by NPLD in cooperation with the Council of Europe, and it included a brief agenda of presentations on current issues on linguistic diversity at EU level.

The Head of the Secretariat of the European Charter of Regional or Minority Languages (ECRML) at the Council of Europe Sixto Molina took the opportunity to explain the changes in the Charter’s monitoring mechanism. Molina informed that a set of measures to ease and facilitate the evaluations of the mechanism that guarantee the promotion of Regional and Minority Languages had been negotiated and agreed with State governments during 2018 and they entered into force in July 2019. [See details of the reforms here.]

On behalf of the Conference of the European Regional Legislative Assemblies (CALRE), president Enric Morera informed the participants about the activities carried out by the working group on Cultural and Linguistic Diversity across Europe.

The Networking breakfasts are an initiative of NPLD to coordinate and exchange information about actions developed by state and regional governments in the field of linguistic diversity. The previous meeting took place at the premises of the EU Liaison Office in Brussels of the Autonomous Province of Trento in February 2019.