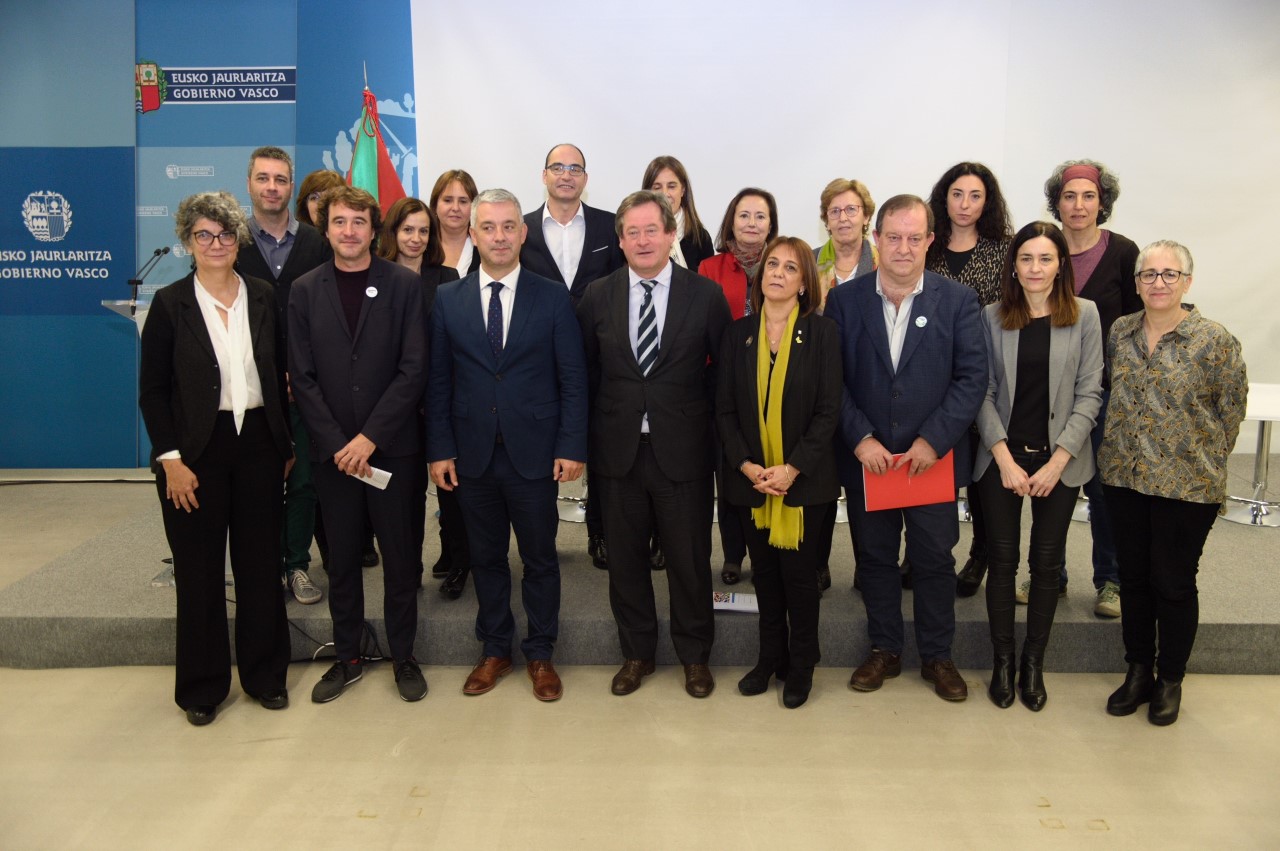 Convened by the Monitoring Committee of the Cooperation Protocol for Languages, promoted by the governments of Basque Country, Catalonia and Galicia in 2007, the government representatives for language policies of those governments together with their counterparts of the Balearic Islands, Navarre and Valencia met in Bilbao, on November 20, with the aim of strengthening the links between those territories and to share experiences with respect to the consolidation of the linguistic rights of those Spanish citizens with a different language of the hegemonic Spanish language.

The executives of these territories have also signed the so-called Bilbao Declaration, a document that reiterates the need to assume the plurilingual reality of the country by the Spanish state.

It expresses also concern that, after nearly 20 years of the ratification of the European Charter for Regional or Minority Languages by Spain, the monitoring reports of the Charter have repeatedly shown the same breaches by the Administration of the State in areas of such relevance as Justice and the services that the national administration provides in territories with two official languages.

RML and digital technologies, education and migration
Committee of Ministers of the Council of Europe adopts Recommendation for Spain and Switzerland